In today’s Gospel Reading, Jesus appears – after His Resurrection – to two of His disciples as they walked the road to Emmaus.  These disciples did not realize it was Jesus, and this event moreover took place well before His Resurrection became known; only news of His death and burial had at that point spread among Christians. Accordingly, these disciples confided their distress to this traveler Whom they did not realize was Jesus, saying to Him, “… but we were hoping that [Jesus] would be the one to redeem Israel…” (Luke 24:21) 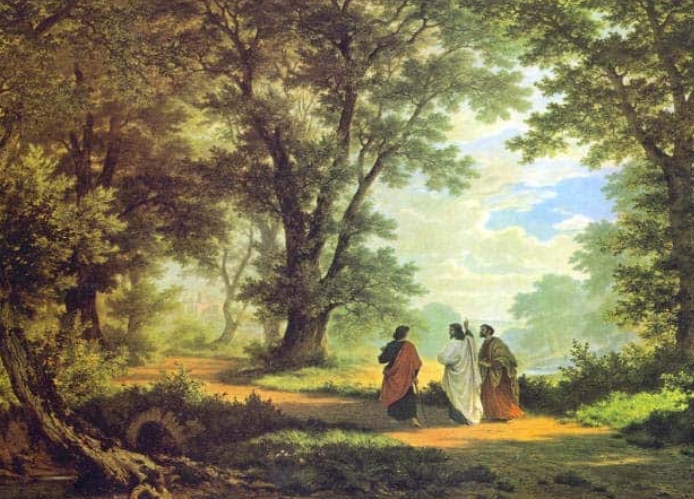 Notably, Jesus did not respond with affirming words assuring them that their despondency was acceptable or even understandable. Quite the opposite, He admonished them with a strong and well-placed rebuke:

“Oh, how foolish you are! How slow of heart to believe all that the prophets spoke!” (Luke 24:25)

In the talks that one may hear in these days following Easter, it is unfortunately sometimes said that the Resurrection was utterly surprising and unexpected. In fact, nothing could be further from the truth. The disciples’ unwillingness to believe, after His death, that Jesus would indeed rise from the dead was a testimony to their vices, not their virtues – vices, I hasten to add, which vanished like foam under a burning sun upon the descent of the Holy Spirit at Pentecost.

Not only was the Resurrection of the Christ foretold by the very Old Testament prophecy that any faithful Jew should have been well versed in (as affirmed by St. Paul in 1 Corinthians 15:4 and itself found in Psalm 49:15, Isaiah 25:8, Ezekiel 37, Hosea 13:14, and many other places). Not only that. It was also promised by Jesus Himself, in utter clarity, well before His death. It was even promised by Him precisely when the disciples’ Faith should have been at its zenith; immediately after the Transfiguration, wherein He clearly displayed His Divinity:

“And as they were coming down the mountain, [Jesus] charged them to tell no one what they had seen, until the Son of man should have risen from the dead. So they kept the matter to themselves, questioning what the rising from the dead meant.” (Mark 9:9,10)

The various vices of the disciples before Pentecost are included in the New Testament for our instruction. Peter looked down as he walked on the water and only then began to sink; this reminds us to keep our gaze firmly fixed on Jesus, no matter what storms are swirling about us. (Matthew 14). The disciples foolishly argued about who among them was the greatest (Luke 22); this reminds us that true exaltation is found only in humility. On the list goes.

The disciples’ initial unwillingness to take Jesus’ words at face value – to place absolute faith, trust, and hope in His promises no matter how grandiose or seemingly impossible from a human standpoint – was just another one of their vices which we must learn from and avoid.

This. Will. Happen. It is, moreover, a promise that has been reiterated by more prophecies, Popes, Fathers, mystics, and approved revelations than I can count. (See Part Five of Thy Will Be Done for a small sampling.) As we experience the continuation of the global Chastisements we are now enduring – but which are about to grow much more severe – we must, more than ever before, remind ourselves of this promise just as the disciples should have been reminding themselves, after Christ’s death, of His promise of Resurrection. For the Church must follow the life of her Head, therefore she too will endure her own Passion and enter into the tomb. But she will rise again, more glorious and triumphant than ever before. And I believe that your own eyes will see it.

After Jesus revealed to the disciples who were on their way to Emmaus who He was – by “breaking the bread” (that is, saying Mass and thus opening their eyes through the Eucharist) – He vanished out of their sight (Luke 24:31). Immediately, the two turned to each other with glances that doubtless pierced the soul of each, and said:

“Were not our hearts burning within us while he spoke to us on the way and opened the Scriptures to us?” (Luke 24: 32).

Whoever you are, I am sure you have experienced a time in which your heart was burning within you upon contemplating God’s promises. Perhaps a powerful experience at Mass or Eucharistic Adoration; a Confession that illuminated your conscience as never before; a pilgrimage that reminded you of the nothingness of this life and the closeness of Eternity; reading a book that exposed you to whole new spiritual realms; a severe suffering or loss whose pain was palpably exceeded by an outpouring of Heavenly grace; or even just looking out upon the beauty of creation as the glorious sun sunk beneath the horizon’s pine covered green mountains to the tune of a gentle breeze and the warbling of birds. Whatever it was, recall it, and let your task this Easter be to enter back into the glory of this moment and reclaim the Divine Hope veiled by it, that you may then proclaim this Hope to the whole world. 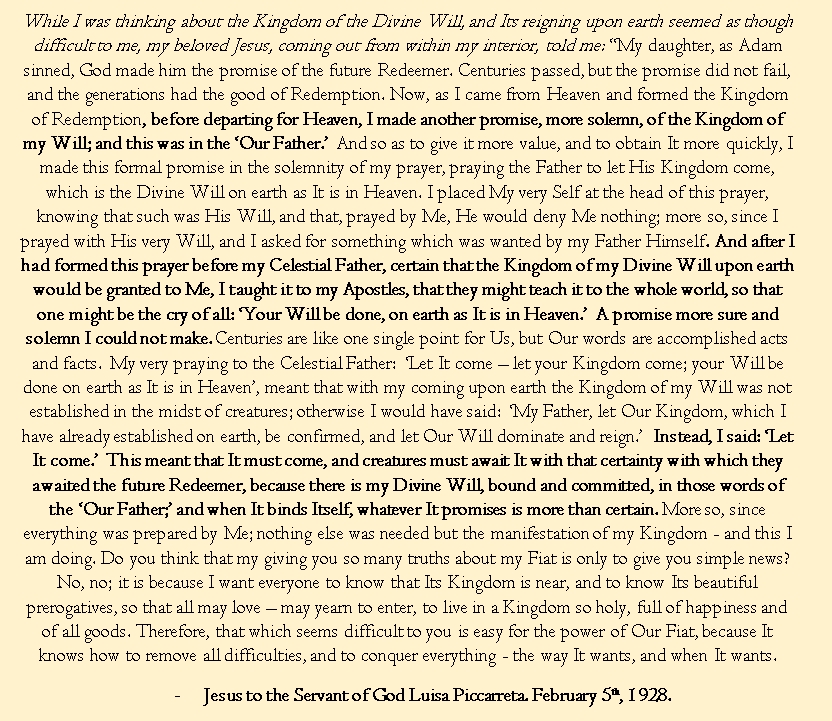